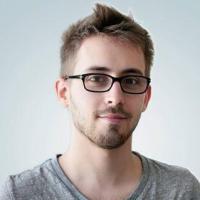 my place of sharing

At Online, we've been trying ZFS On Linux on a few services.

Here's a small how-to (and also a reminder) on how to install it and manage it:

If we wan't to add MOAR disks

If you've got some spare disks, you should add them your spare pool

By doing so, if a disk fails, ZFS will replace it automatically with the failed one. Personnaly, I prefer to do it manualy. Assuming c2d4 failed, to replace it by c2d11, let's do this:

You will now have c2d11 resilvering your entire zpool. Once the resilver ends, the failed disk is ejected from the zpool.

ZFS has a scrub feature to detect and correct silently errors. You could assimilate this to ECC RAM (RAM with error recovery). ZFS scrub feature check every block of your pool against a SHA-256 checksum.

You can invoke a scrub or be forced to live the scrub when a disk fails and you have to replace it.

Recently, on a 200T system, I replaced a failed disk by a spare one. It scrubbed the 200T. The zpool status was mentionning a duration of about 500 hours of scrubbing. Time to hang yourself.

These changes takes effect immediatly and I haven't experienced any problems afterwards. Everything synced in 60 hours.

Attached a few other features to tune your scrub: